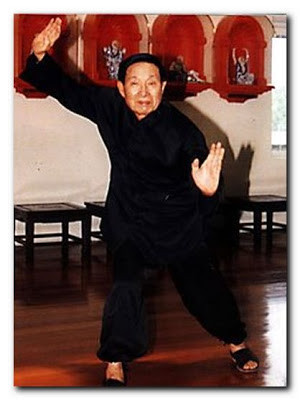 The late legendary Grandmaster Chee Kim Thong was a Legendary master of 5 Ancestors: Wuzuquan (Wc Cho). Emperors Fists (Tai Cho), Shaolin, Lohan & Wu Mei, We will have a brief look into his life and martial arts achievements. This legend was a unique man who achieved a very high level of Shaolin Kung Fu.

It has been said his first martial arts instruction at the age of six years old. He was a victim of bullies when he was very young and his grandmother an expert in martial arts self defense taught him how to defend himself.

By the age of ten he was being instructed by a number of senior masters of traditional kung fu masters and would master all those different styles.

The forma bodyguard to the president. Sun Yat Sen was Toh Yit Choon style of northern kung fu was so impressed with the young master Chee`s abilities he took him on as a student and taught his kung fu secrets. The young master Chee became proficient after three years training.

As a teenager the young master Chee was discovered by Lam Yin a master of Five Ancester Fist Kung Fu style he invited the young master Chee to train with him and he accepted and trained with him for three years devoting himself to his teachings. His teaching was the hard style of the five ancestors kung fu so to balance the system out he learnt the soft side of the art from lady Lam Yit Leong and devoted the same three years to her training.

He would face many challenges from various martial artist and would always be victorious.

He discovers a Shaolin Monk Yit Sim (retired) from the Nan Pu Tuo Temple where the young master Chee stayed and studied for another three years.

Master Chee defeated a number of top martial artists when in China one of those being the king of monkey kung fu and two Shaolin monks of five ancestor style and a top disciple of taji master.

The Abbot of the southern Shaolin Temple at the time invited the young master Chee Kim Thong to train where he learnt the rarest secret shaolin arts. When war broke out and China was invaded Japanese master Chee Kim Thong played a major part leading a guerrilla force, eventually the Japanese forced many to flee and master Chee Kim Thong moved to Malaysia and Singapore finally settling in Malaysia. Where practiced his great healing and medical skills learnt during his martial arts training.

Eventually taking on students and teaching his Martial arts, passing on his martial arts knowledge building up a big following globally and his martial arts continue to grow today, there are a number of Grand Masters, disciples, instructors, and students. 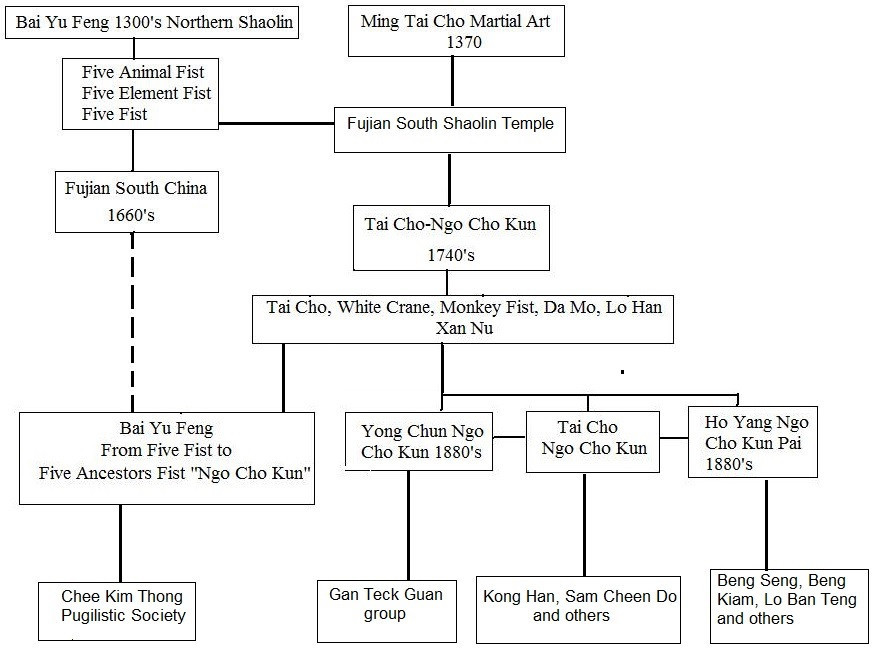 A gentleman master Chee Kim Thong was an active man training well into his seventies, demonstrating magical effects of the power of his chi and being a former student of one of his instructors schools, I had a rare privilege of attending a short seminar a number of hours many years ago. Speaking for former students who have verified the full effects on master Chee Kim Thong`s Chi power after experiencing it first-hand.

There were many stories of master Chee Kim Thong`s abilities some feeling the effects of moving chi and other feeling the power from single defensive attacks during demonstrations and senior grading. This was from aging man of small build against young powerful martial artists. He was truly a remarkable man and well respected in the world of Chinese martial arts in China and around the world. 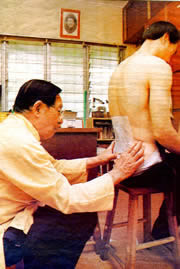 When master Chee`s was in west Malaysia he was teaching and promoting his Chinese martial arts and working as a medic. He already had medical skills from his knowledge of traditional Chinese medicine.

Master Chee also travelled to many countries promoting his Chinese martial arts systems and had various branches in some of those counties including America, and United Kingdom and this is the branch I was training at all those years ago. He visited our branch a number of times when I was training in his later years.

He was highly sort after due to his extensive martial arts knowledge and experience as well as his healing abilities, as many martial artist in would arrange to get treatment of various injuries sustained during training for example various muscle injuries, back injuries etc. Using deep tissue massage, acupuncture and using his chi, Had many satisfied patients and many queuing up to experience his healing powers.

A true gentleman, martial arts grand master, fengshui master, Chin Na and medical healer passed on a midst a peaceful sleep. He was one of the greatest martial arts masters of all time and has left a great legacy as his former disciples and instructors and students have continued his teachings having many Chinese martial arts schools around the world. Not as popular as thirty years ago due to the modern martial arts like MMA, UFC etc but, there is still a large following and demand for Chinese traditional martial arts.

I trained in Wuzuqan for many years some time ago, this was a great classical Chinese martial art. With plenty of freehand forms and weapons, This is a complete system covering everything from limb conditioning to breathing techniques etc

Hopefully you have found this brief summery very informative, as I have covered the main points.

Please leave your comments in the box below