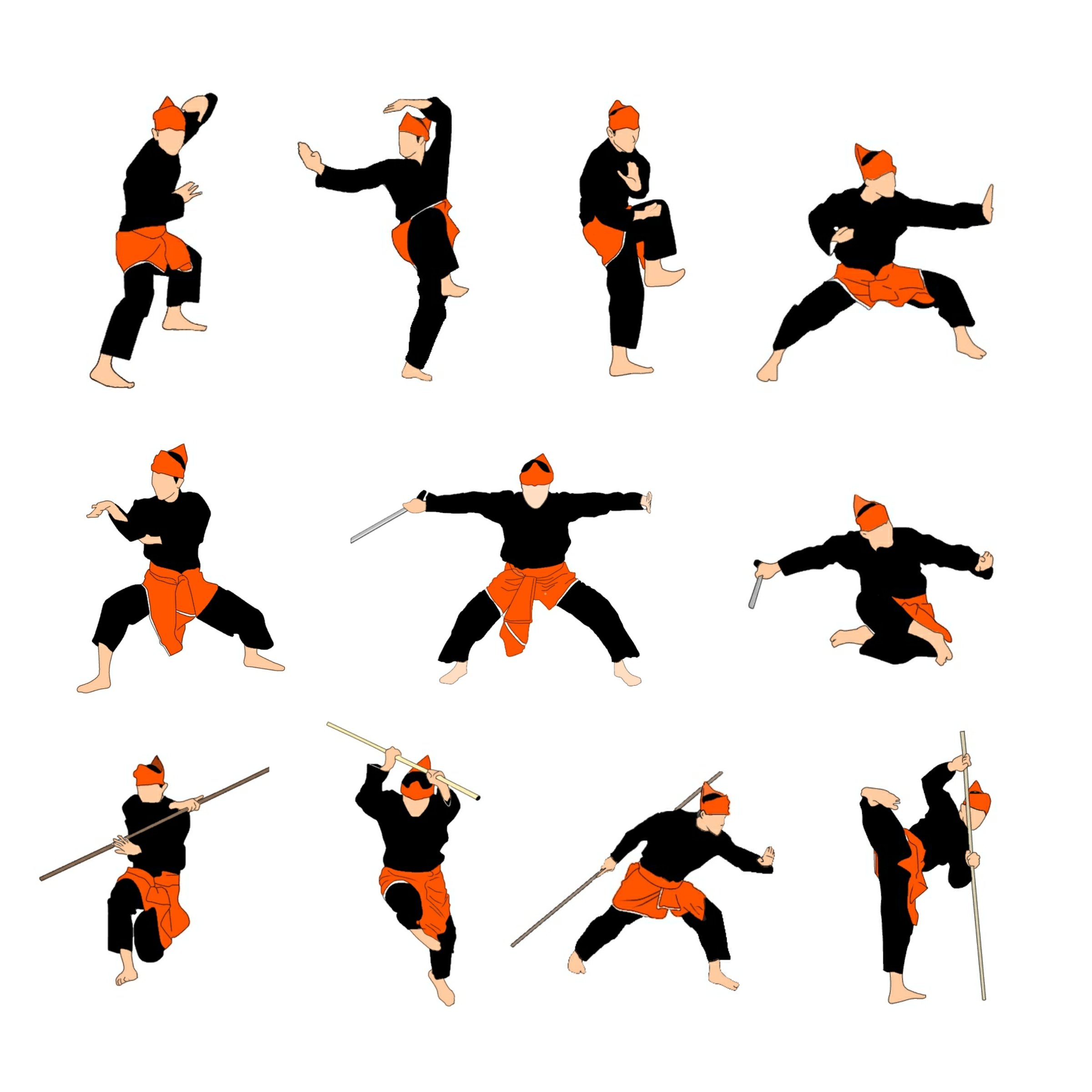 Silat is an excellent form of self-defense and if you are interested in an effective fighting system with a proven track record for its effectiveness. Silat may be the martial art for you. Not in the mainstream of martial arts but this system has it all ground fighting techniques, kicks, punches, grabs and much more.

Please read on, for the full understanding and by the end of reading this, you will know all you need to know to help you make the decision on your next step in your martial arts journey. Or you may have an interest in all martial arts like me, keen to expand your knowledge in martial arts. 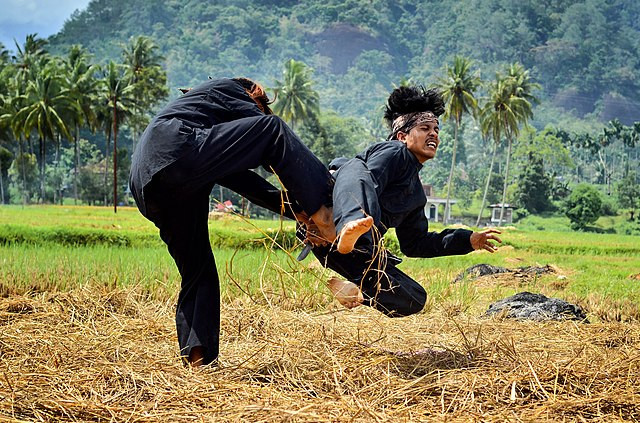 Silat is an ancient fighting technique, with roots in South East Asia where it has been in practice for thousands of years. Silat fighting postures imitate the movements of animals such as the tiger, eagle, snake, monkey, dragon and scorpion. This enables the human body to be an effectively lethal shield and weapon. Silat is actually the Indonesian word for fighting.

Silat is combat-oriented and is all about dominating your opponent by exploiting weaknesses in their technique, thus incapacitating and disabling any movement from them. It was a form of defense among the people of South-East Asian countries for thousands of years. It also played a fundamental role in entertainment, during community dances and games. In Indonesia and Malaysia, it is still common for guests to be entertained in a wedding by Silat maestros who engage in a playful sparring session.

It is important to note that Silat is merely the general term for the fighting styles used in the South East Asian countries of Indonesia, Malaysia, Southern Philippines, Singapore and Southern Thailand. The Silat style and technique often slightly vary based on the country of origin. Each country has a technique that is slightly different from the others, and the name of the style is also region-based. With this in mind. It would be important to mention that there are hundreds of different styles of Silat but for purposes of harmonization. The general term for all of them is Silat. Each region`s style is influenced by the particular animals found in that region, as well as foreign influences.

For instance, the Indonesian and Filipino Silat style has a lot of Chinese influences due to the heavy Chinese presence in the two countries. Chinese colonization played a big hand in that, and the fact that up to date there are still Chinese communities in the two places means that their style of Silat will always be a bit different. Apart from Chinese, Silat also has significant influences from the Indian and Japanese martial arts, though unique and distinct on its own for one to even notice the influences.

=>checkout this book below, click here to get the current cost and reviews of Amazon, this book has been illustrated April 2012<= 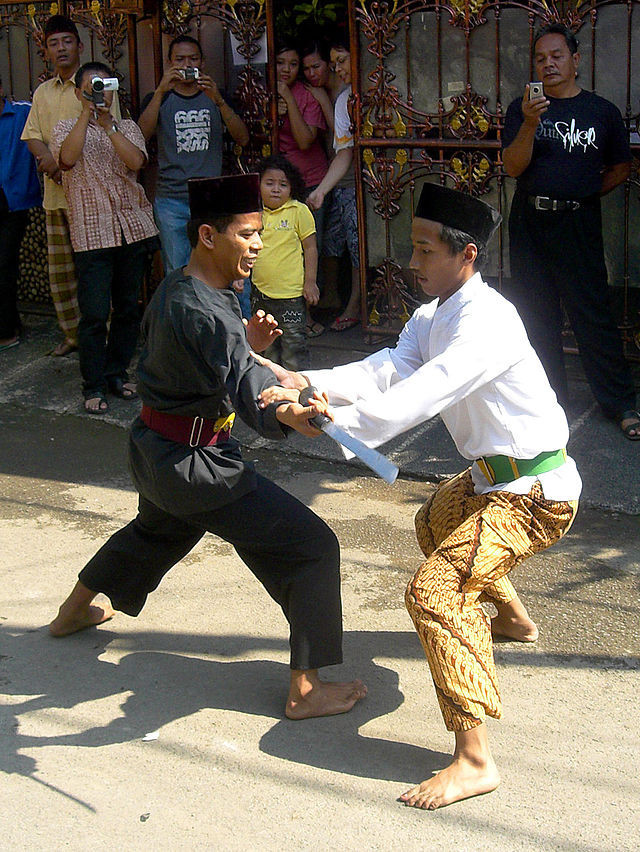 Since time immemorial, Silat has been utilized as a form of self-defense and entertainment in the South East Asian countries. Silat may not be as famous as the Chinese Karate or Korean Taekwondo, but make no mistake; it is more brutal and lethal. Unlike the Korean martial art which relies heavily on the hands and feet, Silat takes its technique a notch higher by including weaponry. Chinese martial arts also has many weapons which help with their unarmed fighting skills.

The weaponry used in Silat will often be dependent on the style one adheres to. In the regions where it originated. Carrying a weapon was often a necessity for purposes of self-defense. It was, therefore, easier to incorporate the weapons into their martial arts systems.

Learn the basics of Silat 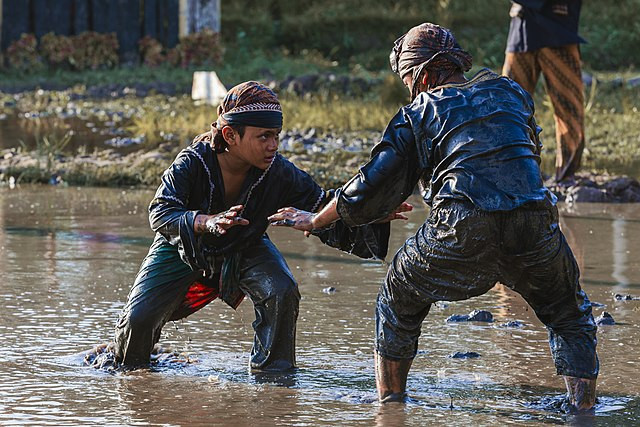 Learners need to first master the basics before they can progress to weaponry.

When you watch a pair of skilled Silat fighters’ sparring, it is impossible not to notice how much this type of martial art borrows from wild animals. The low-ground positions that the fighters’ take resembles that of a tiger. Another quite significant component of Silat is the high-flying throws and punches that imitate an eagle.

Learn about the various forms of Silat

This is the ancient Silat style that is performed in weddings up to this day. The guests, bride and groom are entertained by Silat performers once the procession arrives at the groom`s home. The fighters’ exercise a lot of caution while performing Silat Pulut, since the intent is to entertain; not to cause physical harm. The motions here are flawless and graceful which means that only highly trained fighters’ are invited to engage in such a spectacle.

This form of Silat concentrates on joint locks and breaks. It can be done on open-hand technique or even with weaponry. To qualify as a master Seni Gayong practitioner, you need to be agile, flexible and very strong. You also need to be very good at timing your counter-attacks.

It is a form of Silat that focuses on strikes, kicks and locks. Unlike Seni Gayong which relies on counterattacks, this one is more offensive. It is all about overpowering your opponent as fast as possible before he even gets a chance to counter. This style also relies heavily on the use of weapons. 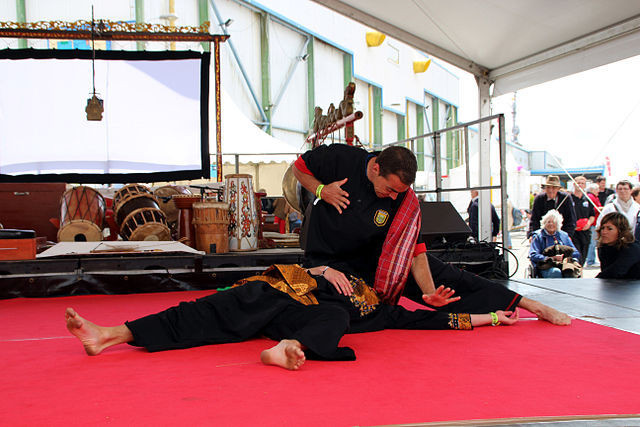 Like any other form of martial art, the best way to learn Silat is through a master of the art. In the past, there used to be monks who were vanguards of the ancient principles of Silat. Are ready to safeguard its authenticity at all costs. With time and thanks to modernizations, the monks have shrunk in numbers and there are only just a few masters of the ancient Silat system left.

Most of the modern Silat trainers are probably second generation fighters’ who learned the art from a Westerner, who in turn had probably learnt it somewhere on a training camp in South East Asia. What does this mean?:- a lot will be lost in translation, and some original principles have already been diluted or perhaps even entirely omitted.

Today, if you do a quick query on any search engine looking for a qualified Silat trainer, most of the trainers you will find on the internet. Westerners who are probably doing it just for the money. They have no interest in the ancient rules and principles that used to govern everything about Silat.

The original monks and master trainers who have generational knowledge about Silat, which was passed to them by their forefathers can only be found in remote villages somewhere in South East Asia, not on the internet. To find them and be allowed to train in their monasteries, you will need to be recommended by credible sources. You may also need to make the journey to South East Asia and be ready to follow a strict set of rules while there.

You may like to check out: BALINESE PENCAK SILAT INTENSIVE TRAINING

Learning any martial art from an original master teacher is quite different from learning it under a commercial martial arts school/program. When you go to the source, nothing is left to chance. You learn that even the slightest bit of detail is important, and is actually what distinguishes amateurs from real champions. The conditions under which you learn might be quite harsh compared to the comfort of a Silat training school somewhere in Los Angeles, but in the end, you will appreciate the difference.

Learn Silat Training and it works 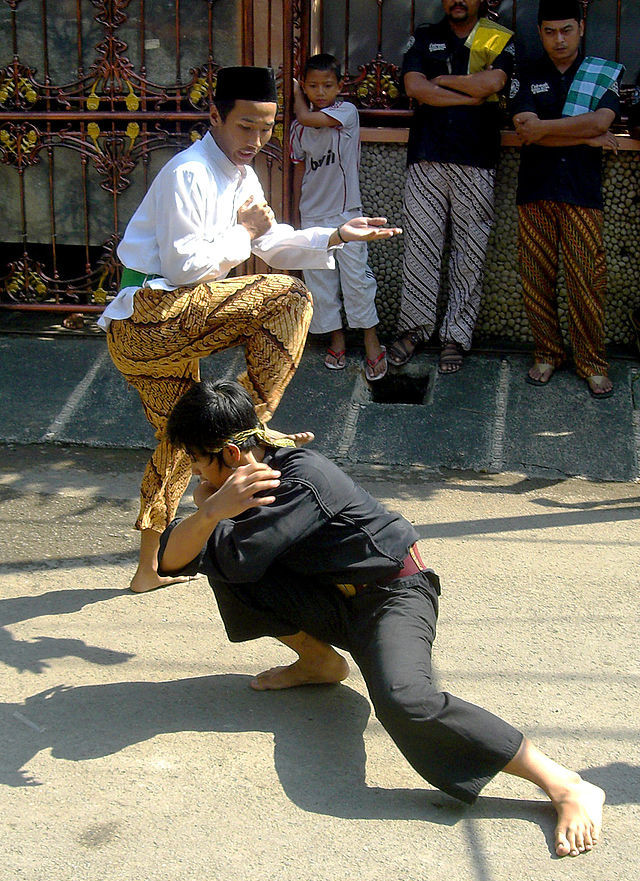 Silat training starts with learning the basics. Everything in Silat starts and ends with a salute and a bow.

Secondly, you will work on your footwork, to ensure that you are stable on the ground and an opponent is not able to dislodge you with ease. Learning to stand firm on your ground is an integral part of Silat.

Next, you will be trained on various fighting stances which often imitate animal movements and postures.

Once the learner has mastered the footwork and stances, it`s time to learn hand attacking and defense moves. The motion and posture will have to be smooth, flawless and as graceful as an animal.

●For your own fitness

●It creates physical, mental and spiritual strength and harmony

Silat`s popularity is rapidly picking up due to its brutal lethal and has even made it to the big screen with a couple of films such as the Raid making heavy use of Silat stunts. 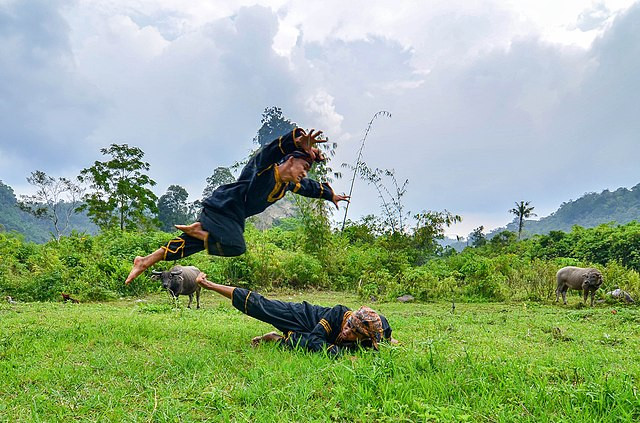 This has been a very interesting article about learning Silat and I hope you will learn silat at some point in our martial arts journey. It is a brutal form of self defense, also has some great techniques that will hence your self defense abilities if you are a practitioner of mixed martial arts. I hope this has provided the education you imagined and has inspired you in your training in some way.

“The fear is a fighters’ killer, Be prepared to be afraid during a fight and the fear will not overcome you”

8 thoughts on “The Best Way To Learn Silat for Beginners”